Tragedy in Pucallpa: the Death of Maestra Olivia Arévalo

By: Matthew Watherston
Category: From the Temple 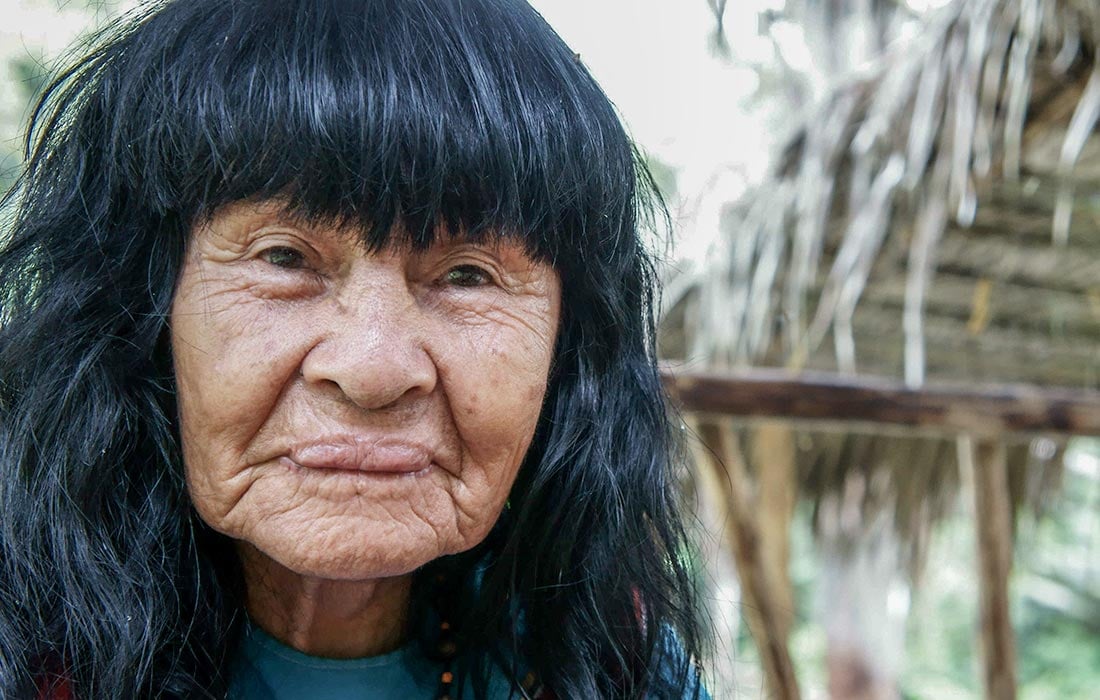 It is with profound sadness that we announce the death of Maestra Olivia Arévalo. She was killed on Thursday 19th April, shot multiple times allegedly by a Canadian man near her home in Victoria Gracia, a community close to Pucallpa in Peru’s central Amazon region of Ucayali. We hope that the authorities in Pucallpa will now lead a serious investigation into this heartbreaking tragedy. Following her murder, a small group of locals apparently took justice into their own hands and then took the life of the alleged perpetrator.

Olivia, Panshin Beka in Shipibo, worked with us at the Temple near Iquitos from 2009 to 2011 and was one of a group of Shipibo healers that helped to rebirth the Temple in 2009, after we worked between 2007 and 2009 with a different Amazonian healing tradition. Thanks to Olivia and several other grandmother healers, our work was significantly transformed when we began to work predominantly with female healers. Olivia was the embodiment the Temple’s Shipibo name - Bena Caya Ainbobo (a New Feminine Spirit). She stopped working with us in 2011 due to her age and difficulty walking up to an hour from the river Nanay in through the forest to the Temple.

She was one of the most respected and powerful Onanya - a plant medicine healer - of the Shipibo tribe. She brought the rich cultural and medicinal legacy of the Shipibo to the Temple and was affectionally referred to by many of us as a "living ancestor"; a record keeper of the Shipibo ways and a walking encyclopedia of traditional Shipibo plant medicine. We are blessed and honored to have worked so closely with her, to have experienced her powerful healing abilities and to have been touched by a heart so full of love and compassion.

Matthew Watherston, the founder of the Temple, made the following statement about Olivia’s murder:

"My wife Klara and I, and every single member of the Temple community, are deeply saddened and shocked by the recent news of Olivia’s death. Olivia was in essence one of the founding healers of the Temple, the oldest healer that we have worked with, and was monumental in seeding the healing work that we carry out to this day. She was an overwhelmingly sweet, gentle, fun, and loving woman who had the laughter of a child yet radiated an inconceivable level of wisdom that we will never forget. We will forever be grateful to Olivia for everything that she taught us, for her significant role in helping us to develop the Temple, for the powerful healing that she provided to many guests of the Temple between 2009 and 2011, and for her generous and wise spirit that touched so many people.”

Olivia’s work as a healer was legendary, both within the Shipibo nation and then gaining much positive recognition internationally over the last decade. She first became known outside of Peru in 2004 when she briefly appeared in the film Other Worlds made by Jan Kounen and then in 2006 as part of the film 8, also made by Jan Kounen: The Story of Panshin Beka.

Her wrongful death is now being grieved by everyone who knew her at the Temple, as well as thousands of people across the world, with news of her passing gaining much attention in international media. Olivia was buried on Sunday, April 22nd near Pucallpa surrounded by her family, friends, and community. We send our deepest condolences to Olivia’s family and to the healers of the Temple, and are committed to supporting them during this time of grief.

We will never forget the powerful light that she so gracefully carried and we celebrate the profound healing and transformation that she brought so many people throughout her life.

From our hearts and souls, thank you Maestra Olivia, you will be forever loved and appreciated. Rest in Peace.

« Bringing the Jungle to the Conference RoomRemembering Wholeness: Ayahuasca and the Structural Violence of Modern Life »